Simon Cooke (47) from Brighton, returns from his daily training outing as he gets ready to swim the English Channel later this month. Simon, who works as a film director, is hoping to break the record for the earliest swim in the year, and therefore the coldest. The current record is 29th May, set in 1990 by Kevin Murphy, 'King of the Channel' who has traversed the route 36 times.
Simon is raising money for Amaze, a charity which gives information, advice and support to parents of children with disabilities in Brighton & Hove.
During the attempt Simon's major challenge is going to be the cold - temperatures in the Channel at this time of the year will hover around 11-12 degrees celsius, the currents are lethal and it is the busiest shipping lane in the world. It should take him 12-14 hours to complete and hypothermia is his biggest enemy. His support crew will consist of his trainer, Fiona Southwell, who’s completed a Channel swim herself and a doctor, who will be standing by just incase anything dangerous happens to Simon; the challenges and dangers are prevalent and very real including potential cardiac arrest.
Picture date: Sunday May 10, 2015.
Photograph by Christopher Ison ©
07544044177
chris@christopherison.com
www.christopherison.com 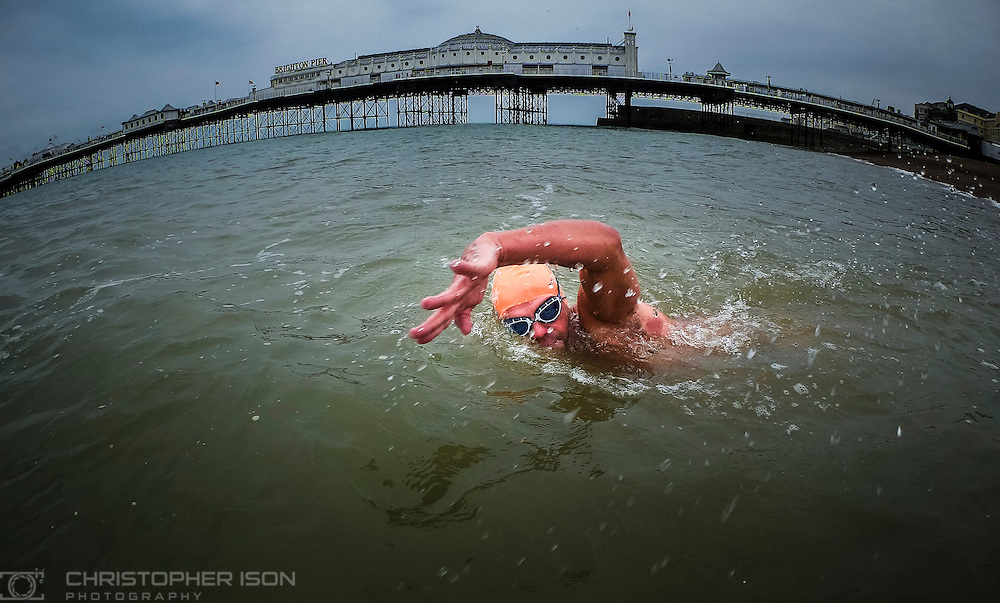