Britain’s largest and most environmentally-friendly cruise ship, P&O Cruises Iona, has embarked on its maiden voyage visiting its Scottish namesake island with a fireworks display as the highlight of celebrations.

“Iona’s maiden voyage is the start of a new era in travel as Britain’s most environmentally-friendly cruise ship, the first in the country powered by liquefied natural gas, sets sail.

“For this special maiden voyage we wanted to bring guests to the island of Iona which has influenced many aspects of the ship – the sense of space in the SkyDome through to our gin still named “Columba”, the heather in our Marabelle gin distilled on board and, of course, the name of the ship.”

Iona’s first-ever cruise is currently sailing around the UK coast, for seven nights, having departed P&O Cruises home port of Southampton on August 7, 2021.

The ship is at anchor adjacent to the island of Iona ahead of commencing scenic cruising around the Isle of Colonsay, Lochbuie, Duart Castle, Tobermory, Bac Mòr, Fingal’s Cave, Sound of Jura, Claggain Bay, Mull of Kintyre and Sanda Island.

Iona also features the first gin still on a cruise ship, created in association with Salcombe Gin, distilling tailor made spirit on board. The gin’s maiden production will take place in Iona’s custom-made still and will be distilled, bottled and labelled on board.

Gary Barlow is music director of Iona’s 710 Club. This atmospheric late-night music venue will offer an opportunity for up-and-coming musicians to get their break.

Spectacular aerial shows have also been especially devised for Iona, the brainchild of Canadian entertainment company Creativiva. The ship’s stunning design, featuring a two-deck glass SkyDome, has been the inspiration for one of the shows, Rise, created 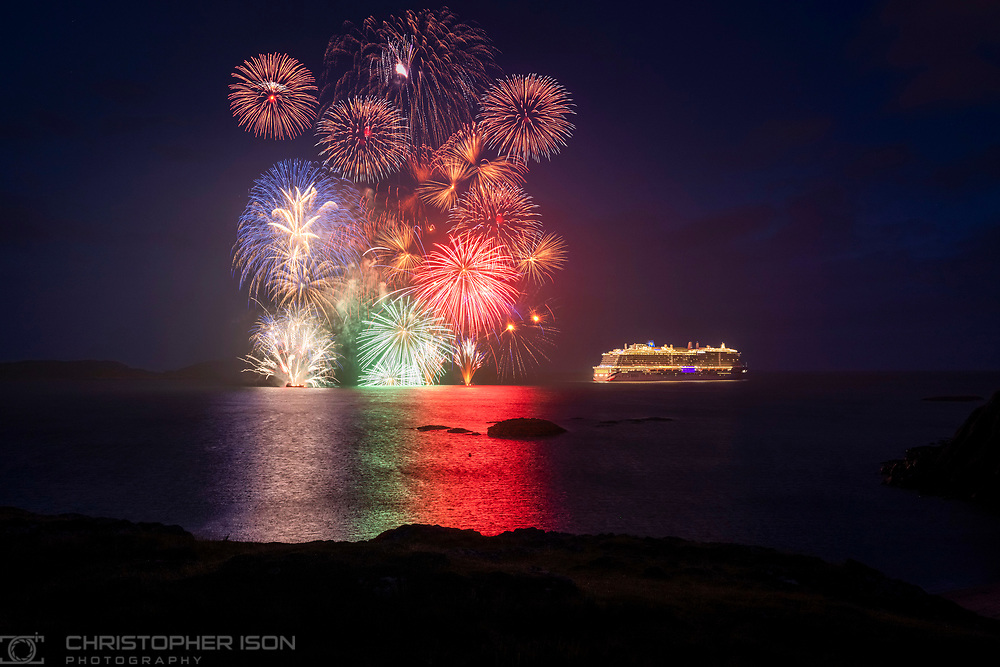